When local butcher Lindsay Grieve decided to close the doors on his popular Snack Attack shop, the town of Selkirk were worried they were losing another shop in their iconic Market Place.

However it has now been revealed that local business man Derrick Sparks will be taking up residence at the home of the Original Selkirk Bannock.

Derrick left the Borders General Hospital after 18 years experience in catering to run his own business called Sparkys Diner next to the old station post office in Selkirk, and the business was largely successful, only deciding to close the doors due to landlord problems.
After a 6 months gap looking for new premises, 42 market place became available, and after designing a kitchen to fit, they moved in and started trading on May 8th 2017 under a new name called Sparkies.
“We’ve been trading very successfully thanks to our customers continued support for 3 years now and have out gown our current shop.” Derrick added “We have been looking for a new premises for a while so when 33 market place became available it was a move we were very keen on, we’ve secured the premises and hope to start trading early march 2020 at new location .We offer freshly cooked food daily mostly cooked to order where possible giving our customers the best possible result, Hopefully with the extra space we can grow as a business and will have the opportunity to offer more choice to our customers new and old. “
The popular loaf Selkirk Bannock is a flat, round, yeasted fruit loaf, first made in 1859 by Robbie Douglas in his bakery in Selkirk Market Place in the heart of the Border country. When Queen Victoria visited Sir Walter Scotts granddaughter at Abbotsford in 1867 and was offered an elegant repast, a slice of Selkirk Bannock was all she would eat.
Let’s hope Sparkies can continue the success of the Bannock and be around for a very long time. 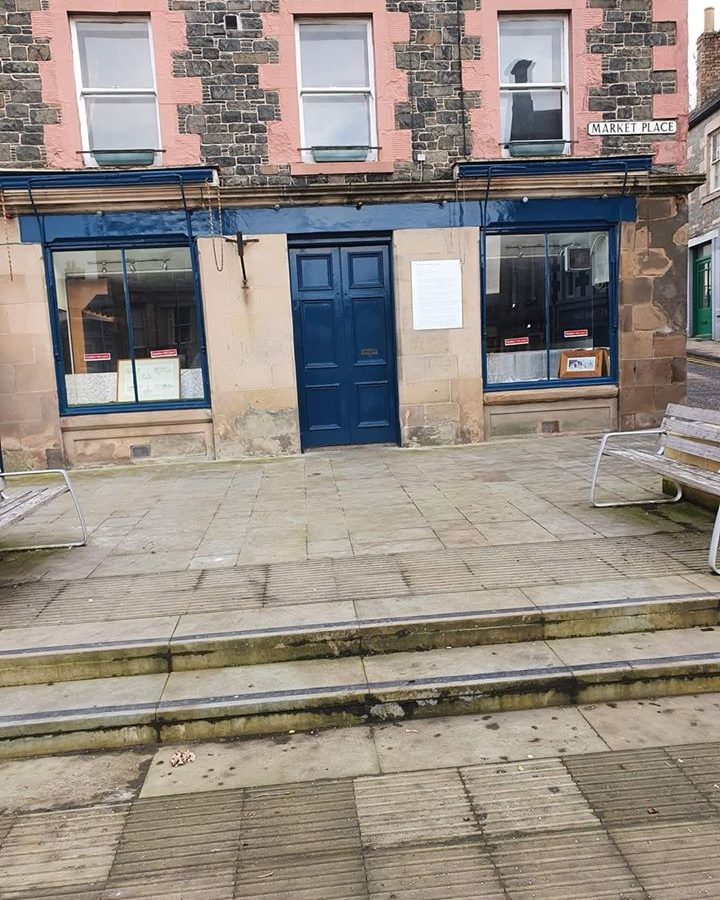