Storm Dennis wreaked havoc throughout the Borders last week and although Selkirk survived the floods The Haining Estate suffered the full brunt of the winds which brought down several trees.

The UK co-ordinator of the Dandie Dinmont discovery centre project, Paul Keevil, and life long supporter of the dogs added on his Facebook Page “A Hollywood special effects team could not have done a better job of laying a fallen tree around the statue.”

“However, it was not all plain sailing. The main trunk of an adjacent tree came to rest just five inches above Old Ginger’s head. But, by lunchtime, it was in contact and by late afternoon there was quite a bit of pressure as the lower branches which supported the main trunk began to sag. Time was running out. As you can imagine finding a tree surgeon after 2 major storms was not easy, fortunately, HTC Trustee Michelle Ballantyne’s son Alex is a tree surgeon and he arrived just in the nick of time. As Alex began to trim away the branches the trunk lifted and everyone breathed easier. Then a strange thing happened – as Alex quickly cut back to the trunk, the more he removed everyone could see the main trunk lift until all of a sudden it shot upright and now you would think the grass had never been disturbed.

So despite one of the smaller branches landing across Old Gingers back and all the other dramas, the statue has survived, totally unmarked!

I am sure everyone on this FB group will join me in sending our thanks to Ian and his team and most importantly to Alex and his assistant for looking after and saving our precious statue.

The fact that the Old Ginger breeding line, (from which all our dogs are descended), survives as our one remaining male line, is a “miracle” – the fact that his statue has also survived this incident is another miracle and will just add to the legend that is “OLD GINGER”.

One of the reasons that Old Ginger was saved from being crushed by the large trunk, which ended up just inches away from his head, is that on its way down the falling tree collected and stripped a large number of branches from the other tree in the yard and that tree is now very one-sided.

The tree surgeon Alex Ballantyne thinks the likelihood of a similar fate is even more likely with the weight of the remaining branches heavily biased towards the buildings and it would reach the studio roofs if it was to fall. He has strongly advised that it be taken down ASAP to be safe.

It’s a great shame and the area will look very bare for a while. Perhaps we can sponsor some plantings of new trees, flowering ones, to bring some color to the yard, who knows, perhaps in time for DD-250 in July?”

Thank you to Paul for his report and to the Haining Volunteers for the photos. 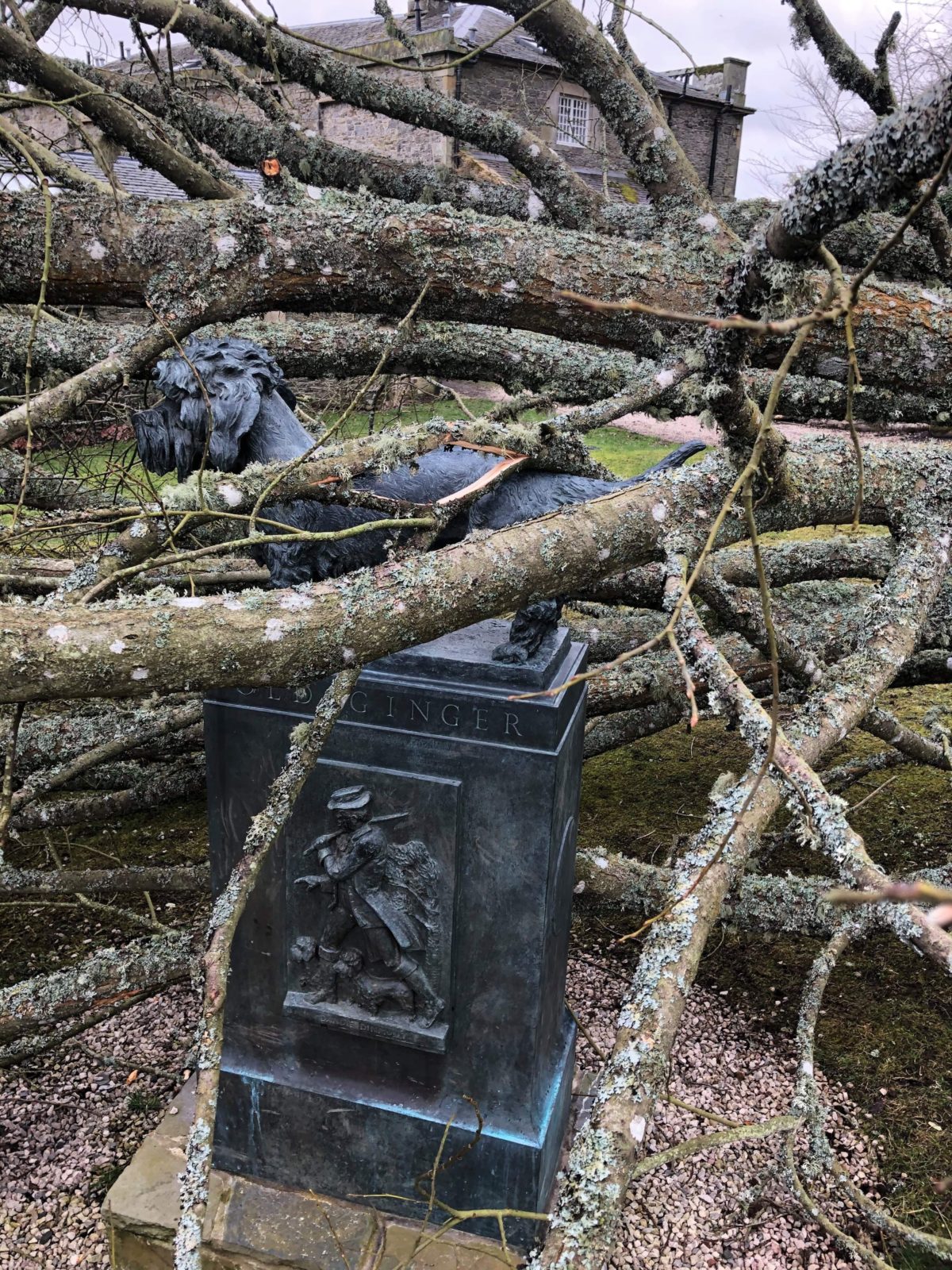 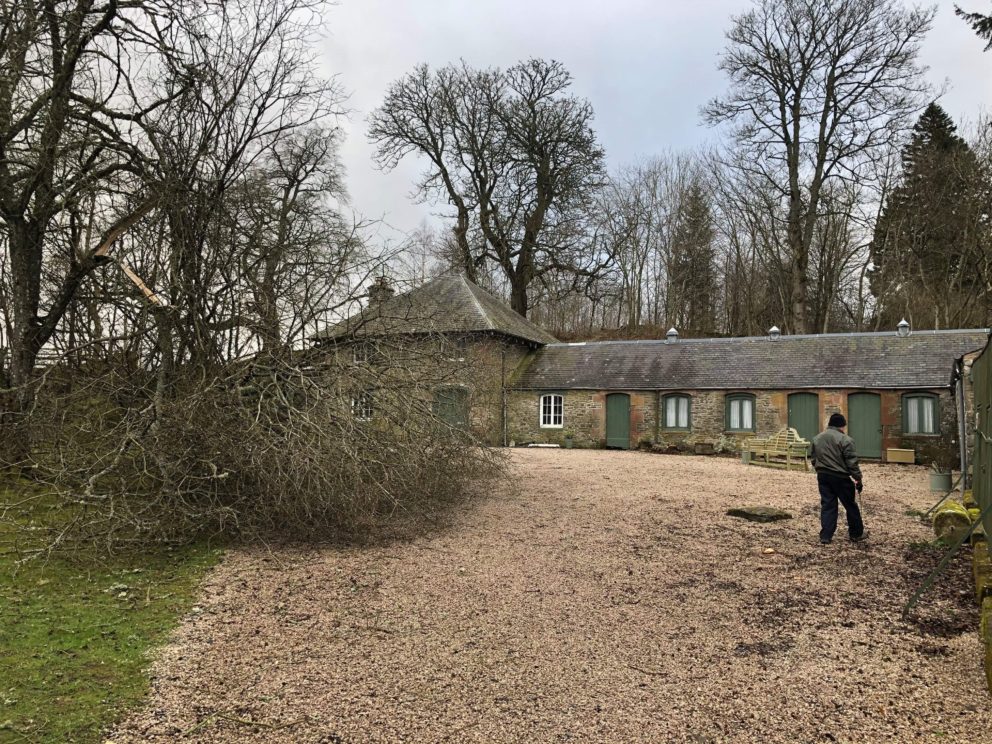